How we coached people to help them be successful

Key to our approach to personal coaching is the opportunity for the coachee to try out different options and to rehearse or re-run situations in order to find the best, most practical way through. This simple but very effective rehearsal embeds behaviour at a deep level and often raises issues that remain dormant in normal coaching conversations. Our actor-coaches can work independently or alongside other coaches. This approach sits well within most techniques and is particularly effective with Gestalt and cognitive behavioural based coaching. We will often work with a video camera allowing our coachees to review how they are improving during a session.

Here is a selection of some of our recent successful coaching interventions:

Senior female executive in IT company technically very impressive but finding it hard to compete vocally and influentially with her male colleagues. Looking for promotion. After initial conversation and agreement of approach worked on physical issues (there was also an issue of reflux caused by the tension and stress). Focused on breathing exercises for relaxation of hindering tension and freeing of voice. Also worked on pace and resonance to increase power without volume. After a few sessions difference was remarkable, she and others could see and hear the difference – ‘as if the real me had come out’. She reported that people took notice of her at meetings and acknowledged her input. She also achieved promotion.

French/ Belgian man. Presented difficulty with accent and needed to make more impact both socially and within his work. Although worked on the specific areas around rhythm, inflection and diction to get greater clarity and more colloquial ‘English’, the work opened up other underlying issues around status and confidence. Worked on these issues through role-play, vocal and physical exercises as well as focusing on the specific vocal techniques. Reported success with interactions at team level and sense of authority within the group which was not apparent before.

Senior manager working with contractors and team. Wanting to work on particular conversations around performance and negotiating with contractors. After initial conversations about his goals and the perceived goals and fears of the person he wanted to have the conversation with, role-played the conversation allowing him to stop and start and try out different approaches. Reflected on what worked best and summarised the technique and simple anchors for what worked best. Reported greater confidence and success in his interactions (measured by win/win outcomes in his negotiations and specific goals in his team conversations), a commitment to prepare and even rehearse for the potentially difficult conversations he faced. His line manger reported having more confidence in his management of contracts and team.

Lively female specialist presenting to senior executives in order to persuade them to back her project. Presented a lot of distracting physical and vocal mannerisms, spoke very fast and quite quietly. Content was also far too technical and unselective for her audience. Confidence was very low though subject knowledge was high. Explored some of the roots of her behaviour (she was interested to understand why she was like she was) and discovered that she had suppressed some of her creative expression because of some earlier experiences. Worked on her presentation with techniques for audience engagement, vocal presence and pace. Particularly focused on beginnings and endings. Worked on stillness and body posture control of gestures etc. On second session worked on focussing the content and structure of presentation to impact on her audience. Adjusted content and language and practice. Resulting presentation was a big success and recommendations taken. Subsequent coaching for other colleagues who heard and saw the changes she made. 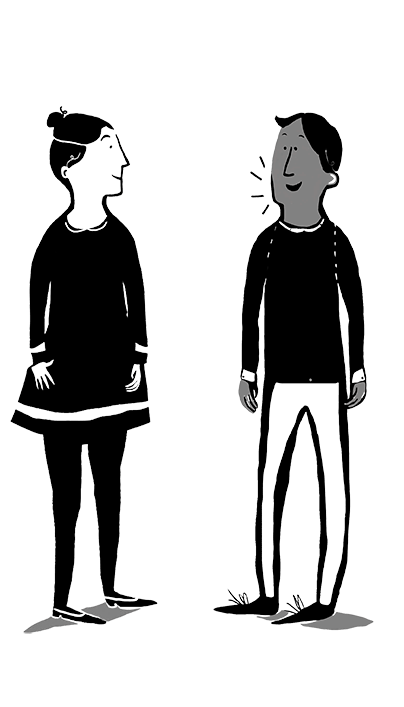